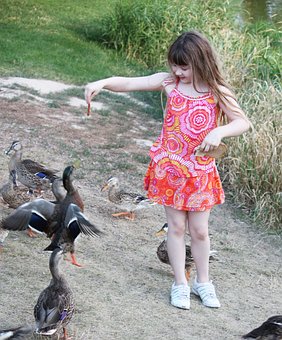 Few things can draw such an emotional reaction for a child at risk, real or perceived.

To a degree, this is as it needs to be. We all, especially parents, should take children’s safety very seriously. However, the emotions involved also mean that such responses can cross into murky gray areas where rational argument doesn’t stand much chance.

I felt this pull between rational and emotional responses lately when I read about a family in Montgomery County, Maryland who have double clashed with local authorities over parenting options. In both instances, neighbors reported seeing the children walking alone; both times, the authorities took the children into custody and subsequently involved child services.

Danielle and Alexander Meitiv have argued that they should be allowed to determine the risks and benefits of offering their children measured amounts of independence. In an opinion column for The Washington Post following the first episode, Danielle Meitiv wrote, “Not everybody is comfortable with the concept of young children being outside without adult supervision. [… ] We think, however, that giving them a chance to learn how to earn their way in the world independently is the best way to prepare them for adulthood – and it’s safe for them to do so.” (1)

As a parent, I can easily comprehend both sides of the incident. Police and child protective services might have gone too far, but it is also difficult to envision myself in the Meitivs’ place. While Meitiv and others who share her opinion have rightly pointed out that stranger abduction is extremely rare, you never want your family to function as 1 instance in a thousand, either.

The expression “free-range parenting” was popularized by Lenore Skenazy, who endured wide criticism for publicly stating that she’d allowed her 9-year-old son to ride the nyc subway alone. Dubbed “America’s Worst Mom” and facing a threat of arrest for child endangerment, Skenazy decided to write a book defending her approach. “Free-Range Kids: How to Raise Safe, Self-Reliant Children (Without Going Nuts With Worry)” instantly attracted equally fervent adherents and harsh critics upon its publication in 2009. Skenazy continues to argue that both parents and children reap significant benefits from increasing childhood independence while the real dangers, rather than the perceived ones, are minimal.

But it’s worth taking care in inquiring if it’s the choice that is different from one you’d make is merely a preference or is really negligent. When kids are in danger, intervention is essential. But real threat and perceived danger can be hard to detangle.

Even Meitiv, while sharply criticizing how authorities handled the case, acknowledged that the problem was not police stopping to check on the kids in the first location. After all, she writes, “that is what we need officers to do if they have concerns about a child’s welfare.” (1) But the Maryland case suggests that there has to be a balance – one which allows enough latitude for parents to consider their individual child’s skills.

The Meitivs aren’t an isolated case. A father in the U.K. confronted potential action from child protective services for allowing his 7-year-old cross the road and walk 45 yards to the bus while he watched from across the street. In 2009, a mother in Mississippi was chastised by authorities for allowing her 10-year-old walk to football practice.

The Columbus, Mississippi police chief, Joseph St. John, outlined the uncomfortable situation faced by law enforcement operating without clear guidance. “People will get upset if nothing happens and they believe we do a great deal, but when something actually had happened they’d be upset we hadn’t done enough,” St. John said. (2) Washington Post columnist John Kelly made a similar observation about child protective services in the Meitiv case.

The balance between independence and safety is tricky, and one every parent needs to weigh. The general idea of what’s too much liberty and what isn’t enough varies from generation to generation. Additionally, it will always change, to some degree, from family to family as well as from child to child. The most extreme “free-range” parent and the most involved “helicopter” parent both want their kids to be happy, safe, Raccoon removal and engaged. The question it’s hard to inquire without emotion is this: How do we identify when a child is in actual danger when leaving space for parents to make individual decisions?

I’d make a different choice than the Meitivs did. But I am not convinced that this implies that the Meitiv children were in real danger. Although it’ll never be easy, it is necessary that we attempt to give reason a chair at the table when we discuss the difference between negligence and parenting with which we happen to disagree.